Read all details including a copy of the courts guilty verdict in the Federal Tax Crimes Blog by Jack Townsend.

Avoid these problems by catching up now. After IRS contacts you, it is too late to apply for the amnesty allowed in the Offshore Disclosure Program.  We can help
Posted by Don D. Nelson at 9:58 AM No comments: 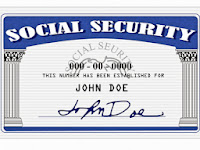 Sometimes there are problems receiving social security when you are outside the US or a nonresident of the US living in  another country.  The Social Security Administration has published a great pamphlet setting forth the rules.  They also are good at answering questions when you phone the SSA.  Their website is at www.ssa.gov.   The Pamphlet setting forth those rules can be Downloaded  HERE.

100th Anniversary of the US Income Tax

About 100 years ago in 1913 Congress and the states approved the 16th amendment  to the US constitution which created the US income tax.   Prior to that the US Supreme Court had held that the income tax was not Constitutional.


In 1913, the tax code consisted of 400 pages, but by 2012 the tax code was over 73,608 pages.  The US has gone form a simple system to a very complex unfriendly system.
But having some sort of taxation goes back to the country's beginning. From 1791 to 1802, the government was supported by tax revenue from the sale of such items as liquor, tobacco, sugar, property sold at auction and even through the sale of slaves. 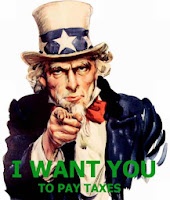 The high cost of the War of 1812 saw the first sales tax on gold, silverware, jewelry and watches. But by 1817, Congress eliminated all taxes and relied on tariffs from imported goods for revenues.
It was in 1862, to fund the Civil War, that Congress enacted the first income tax. Anyone making between $300 to $10,000 a year paid a rate of 3 percent. That tax ended soon after the war.
Congress also established the Internal Revenue Service at the same time, which had much the same power and authority then as it does now.
Jumping to 1894, Congress passed the first peacetime income tax law, but a year later the Supreme Court declared it unconstitutional. The court said that taxes on rents and real estate income had to be divided among the states according to population, which the law did not allow.
But the court did make a crucial statement in its ruling. It said that Congress had the right to impose a direct income tax—and that led to the passage of the 16th Amendment on October 4, 1913.