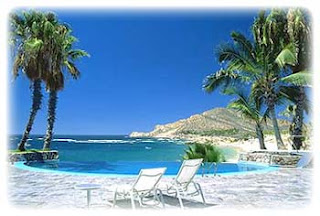 Understanding the benefits of trusts
✔ Control of your wealth
✔ Protection of your legacy
✔ Privacy and probate savings
They say death and taxes are inevitable. But that may not be completely true. If you die this year, your estate will avoid taxes as long as it is valued at less than $5,490,000—and up to $10,980,000 for a surviving spouse. So who needs a trust?
“Many people are surprised to learn that there are many benefits to having a trust other than potential tax savings,” says Andrew Hamil, head of Fidelity Personal Trust Company. “Though taxes are important, protection of your assets and assuring your family's well-being in the event of incapacity far outweigh the benefits of tax savings for most people.”  Read More

Need help with a US trust or Will to dispose of your US assets, contact ddnelson@gmail.com.  If you have assets located in the country you live in abroad, best to hire a local attorney to draw up the property documents to transfer those assets upon your demise.

Taxpayers living and working abroad that they must file their 2016 federal income tax return by Thursday, June 15.

The special June 15 deadline is available to both U.S. citizens and resident aliens abroad, including those with dual citizenship. For those who can’t meet the June 15 deadline, tax-filing extensions are available and they can even be requested electronically. In addition, a new filing deadline now applies to anyone with a foreign bank or financial account required to file an annual report for these accounts, often referred to as an FBAR.

Here is a rundown of key points to keep in mind:

Most People Abroad Need to File An income tax filing requirement generally applies even if a taxpayer qualifies for tax benefits, such as the Foreign Earned Income exclusion or the Foreign Tax credit, which substantially reduce or eliminate U.S. tax liability. These tax benefits are only available if an eligible taxpayer files a U.S. income tax return. A taxpayer qualifies for the special June 15 filing deadline if both their tax home and abode are outside the United States and Puerto Rico. Those serving in the military outside the U.S. and Puerto Rico also qualify for the extension to June 15.
Be sure to attach a statement indicating which of these two situations applies. Interest, currently at the rate of four percent per year, compounded daily, still applies to any tax payment received after the original April 18 deadline. For details, see the When To File and Pay section in Publication 54, Tax Guide for U.S. Citizens and Resident Aliens Abroad. Special Income Tax Return Reporting for Foreign Accounts and Assets
Federal law requires U.S. citizens and resident aliens to report any worldwide income, including income from foreign trusts and foreign bank and securities accounts. In most cases, affected taxpayers need to complete and attach Schedule B to their tax return. Part III of Schedule B asks about the existence of foreign accounts, such as bank and securities accounts, and usually requires U.S. citizens to report the country in which each account is located.

In addition, certain taxpayers may also have to complete and attach to their return Form 8938, Statement of Foreign Financial Assets. Generally, U.S. citizens, resident aliens and certain nonresident aliens must report specified foreign financial assets on this form if the aggregate value of those assets exceeds certain thresholds. See the instructions for this form for details.
Choose Free File

Automatic Extensions Available Taxpayers abroad who can’t meet the June 15 deadline can still get more time to file, but they need to ask for it. Their extension request must be filed by June 15. Automatic extensions give people until Oct. 16, 2017, to file; however, this does not extend the time to pay tax. An easy way to get the extra time to file is through the Free File link on IRS.gov. In a matter of minutes, anyone, regardless of income, can use this free service to electronically request an extension on Form 4868. To get the extension, taxpayers must estimate their tax liability on this form and pay any amount due. Another option for taxpayers is to pay electronically and get an extension of time to file. IRS will automatically process an extension when taxpayers select Form 4868 and they are making a full or partial federal tax payment using Direct Pay, the Electronic Federal Tax Payment System (EFTPS) or a debit or credit card. There is no need to file a separate Form 4868 when making an electronic payment and indicating it is for an extension. Electronic payment options are available at IRS.gov/payments. International taxpayers who do not have a U.S. bank account should refer to the Foreign Electronic Payments section on IRS.gov for more payment options and information. Combat Zone Taxpayers get More Time Without Having to Ask for it Members of the military and eligible support personnel serving in a combat zone have at least 180 days after they leave the combat zone to file their tax returns and pay any taxes due. This includes those serving in Iraq, Afghanistan and other combat zone localities. A complete list of designated combat zone localities can be found inPublication 3, Armed Forces’ Tax Guide, available on IRS.gov. Various circumstances affect the exact length of the extension available to any given taxpayer. Details, including examples illustrating how these extensions are calculated, can be found in the Extensions of Deadlines section in Publication 3.
New Deadline for Reporting Foreign Accounts

Starting this year, the deadline for filing the annual Report of Foreign Bank and Financial Accounts (FBAR) is now the same as for a federal income tax return. This means that the 2016 FBAR, Form 114, was normally required to be filed electronically with the Financial Crimes Enforcement Network (FinCEN) by April 18, 2017. But FinCEN is granting filers missing the original deadline an automatic extension until Oct. 16, 2017 to file the FBAR. Specific extension requests are not required. In the past, the FBAR deadline was June 30 and no extensions were available. In general, the FBAR filing requirement applies to anyone who had an interest in, or signature or other authority, over foreign financial accounts whose aggregate value exceeded $10,000 at any time during 2016. Because of this threshold, the IRS encourages taxpayers with foreign assets, even relatively small ones, to check if this filing requirement applies to them. The form is only available through the BSA E-filing System website. Report in U.S. Dollars Any income received or deductible expenses paid in foreign currency must be reported on a U.S. tax return in U.S. dollars. Likewise, any tax payments must be made in U.S. dollars.
Both Forms 114 and 8938 require the use of a Dec. 31 exchange rate for all transactions, regardless of the actual exchange rate on the date of the transaction. Generally, the IRS accepts any posted exchange rate that is used consistently. For more information on exchange rates, see Foreign Currency and Currency Exchange Rates.

More Information Available Any U.S. taxpayer here or abroad with tax questions can refer to the International Taxpayers landing page and use the online IRS Tax Map and the International Tax Topic Index to get answers. These online tools group IRS forms, publications and web pages by subject and provide users with a single entry point to find tax information. Taxpayers who are looking for return preparers abroad should visit the Directory of Federal Tax Return Preparers with Credentials and Select Qualifications.

More information on the tax rules that apply to U.S. citizens and resident aliens living abroad can be found in, Publication 54, Tax Guide for U.S. Citizens and Resident Aliens Abroad, available on IRS.gov.
Posted by Don D. Nelson at 11:50 AM No comments: