President Elect Trump has promised to make some major changes in the tax law next year. If you thnk that will happen there may be some steps you need to take before year end.
Defer income to 2017. The Trump tax plan would feature three tax brackets instead of current law's seven, and a top tax rate of 33% instead of current law's 39.6%. If Congress approves this reduction next year you may want to defer income into next year..
The standard year-end tax-savings wisdom always has been to defer income, where possible, into the coming year. This standard approach would make even more sense for middle and upper income taxpayers if the Trump tax plan prevails over others in Congress, and goes into effect for tax year 2017.
Here are some of the ways to defer income until 2017:
Defer property sales. The President-elect's plan to repeal the Affordable Care Act ("Obamacare") also would repeal the 3.8% surtax on investment income. This surtax applies to the lesser of
As a result, if the surtax is repealed for 2017, taxpayers within the reach of the surtax, and are contemplating the sale of property that would generate a large investment gain, would benefit by deferring the sale until next year (assuming of course that the sale price would stay more or less the same).

If the sale can't be postponed, it may be possible to structure the deal as an installment sale. By making a sale this year with part or all of the proceeds payable next year or later, a non-dealer seller to whom the installment method applies becomes taxable in any year on only that proportion of his profit which the payments he receives that year bear to the total sale price. If the 3.8% surtax is repealed for tax years beginning after 2016, the profit on the post-2016 installment payments would escape the surtax. Note that the Trump tax plan would keep current law's maximum tax rate of 20% of capital gains.
On the deduction side. Itemized deductions produce no tax savings for a year in which a taxpayer claims the standard deduction, and many more taxpayers would claim the standard deduction under President-elect Trump's tax plan. It calls for a dramatically increased standard deduction: $30,000 for joint filers (up from $12,600 for 2016) and $15,000 for singles (up from $6,300). If the boosted standard deduction makes it into law for 2017, many taxpayers who itemize under current law and wouldn't be able to under the Trump plan would be better off accelerating next year's itemized deductions into this year, when they will generate a tax savings. And, even if the standard deduction proposal is watered down, itemized deductions still will be more valuable to a taxpayer this year than next if he expects to be in a lower marginal tax bracket in 2017.

IRC, Title 26, Section 119(d) provides an exception from taxable income for employees of educational institutions who are provided qualified campus housing, which is defined as lodging provided to the employee, spouse or a dependent by or on behalf of the institution for use as a home located on or near campus. In contrast to other employer-provided housing, campus housing does not have to be furnished for the convenience of the employer or as a condition of employment in order to be excluded from wages.
In general, the value of residential housing furnished by a school to one of its employees is excludable from wages, provided the housing is located on or near campus and the employee pays rent during the calendar year that equals or exceeds 5% of the fair market value of the housing.
If the employee does not pay rent equal to at least 5% of the housing's fair market value, then the difference between the rent paid and the lesser of (1) 5% of the fair market value of the housing and (2) the average rental paid by individuals (other than students or employees) for comparable housing provided by the school is includable in the employee's taxable wages.

TIPS ON RENOUNCING YOUR US CITIZENSHIP FROM FORBES MAGAZINE.

Guidance on renouncing your US citizenship from Forbes Magazine if you want to avoid the future Trump America. 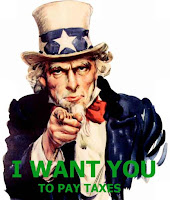 We have assisted and represented well in excess of one hundred expats with the tax and legal aspects of surrendering their US citizenship  or long term green card with great success.  Want to discuss the rules and put together a strategy for your surrender.  Contact us to set up a mini consultation to discuss by skype or by phone. Most clients have discovered it is less complex than they believed.  Email us at ddnelson@gmail.com or call US 949-480-1235.


If you gave money or property to someone as a gift, you may owe federal gift tax. Many gifts are not subject to the gift tax, but the IRS offers the following eight tips about gifts and the gift tax.
Most gifts are not subject to the gift tax. For example, there is usually no tax if you make a gift to your spouse or to a charity. If you make a gift to someone else, the gift tax usually does not apply until the value of the gifts you give that person exceeds the annual exclusion for the year. For 2011 and 2012, the annual exclusion is $13,000.
Gift tax returns do not need to be filed unless you give someone, other than your spouse, money or property worth more than the annual exclusion for that year.
Generally, the person who receives your gift will not have to pay any federal gift tax because of it. Also, that person will not have to pay income tax on the value of the gift received.
Making a gift does not ordinarily affect your federal income tax. You cannot deduct the value of gifts you make (other than deductible charitable contributions).
The general rule is that any gift is a taxable gift. However, there are many exceptions to this rule. The following gifts are not taxable gifts:
• Gifts that are do not exceed the annual exclusion for the calendar year,
• Tuition or medical expenses you pay directly to a medical or educational institution for someone,
• Gifts to your spouse,
• Gifts to a political organization for its use, and
• Gifts to charities.
You and your spouse can make a gift up to $26,000 to a third party without making a taxable gift. The gift can be considered as made one-half by you and one-half by your spouse. If you split a gift you made, you must file a gift tax return to show that you and your spouse agree to use gift splitting. You must file a Form 709, United States Gift (and Generation-Skipping Transfer) Tax Return, even if half of the split gift is less than the annual exclusion
You must file a gift tax return on Form 709, if any of the following apply:
• You gave gifts to at least one person (other than your spouse) that are more than the annual exclusion for the year.
• You and your spouse are splitting a gift.
• You gave someone (other than your spouse) a gift of a future interest that he
or she cannot actually possess, enjoy, or receive income from until some time in the future.
• You gave your spouse an interest in property that will terminate due to a  future event.
You do not have to file a gift tax return to report gifts to political organizations and gifts made by paying someone’s tuition or medical expenses.
Remember, if you received gifts equal to $100,000 US or more in one year from a nonresident of property located outside of the US, you as recipient must report the gift on form 3520.

Panama to Make Full Tax Disclosure to The World...Expats Beware