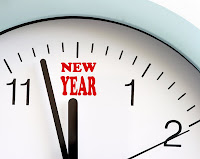 There is still time to save taxes prior to the end of 2012. It is very clear taxes are going up in 2013 and therefore taking steps now to recognize income and accelerate deductions may be of benefit.  There are numerous other things you can do now to reduce your taxes which are included in our newsletter. DOWNLOAD OUR YEAR END TAX PLANNING NEWSLETTER HERE.
Posted by Don D. Nelson at 8:48 PM No comments:


The United States has entered into its second and thir  bilateral exchange of financial and tax information agreements regarding the implementation of FATCA with  Mexico and Denmark.  This new agreements target non-compliant U.S. taxpayers owning foreign accounts.The agreemenst will be  become  on January 1, 2013. 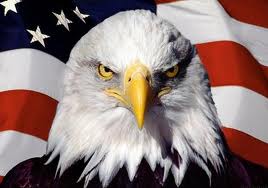 The reciprocal nature of the United States' agreement with  Mexico and Denmark will allow the countries to use the automatic exchange of information to discover non-compliant taxpayers. The good old days of "what happens in Mexico, stays in Mexico" are almost over.
Now is the time to start reporting to the IRS all of your previously unreported Mexican and Denmark business and financial activities before these new programs are geared up.  If in the future the IRS discovers you have unreported income or assets in Mexico or Denmark, and you have not been filing the proper reporting forms with your tax return, it most certainly will impose high monetary penalties and will most likely also seek criminal penalties. The average prison sentence for tax evasion usually runs 3-4 years.
We can help you catch up. Email us at ddnelson@gmail.com or visit our website at www.TaxMeLess.com
Posted by Don D. Nelson at 6:46 AM No comments:


The U.S. Internal Revenue Service has released new rules for investment income taxes on capital gains and dividends earned by high-income individuals that passed Congress as part of the 2010 healthcare reform law.

The 3.8 percent surtax on investment income, meant to help pay for healthcare, goes into effect in 2013. It is the first surtax to be applied to capital gains and dividend income.

The tax affects only individuals with more than $200,000 in modified adjusted gross income (MAGI), and married couples filing jointly with more than $250,000 of MAGI.
The tax applies to a broad range of investment securities ranging from stocks and bonds to commodity securities and specialized derivatives.

The 159 pages of rules spell out when the tax applies to trusts and annuities, as well as to individual securities traders.

The  new regulations include a 0.9 percent healthcare tax on wages for high-income individuals.
Both sets of rules will be published on Wednesday in the Federal Register. The proposed rules are effective starting Jan. 1.

Together, the two taxes are estimated to raise $317.7 billion over 10 years, according to a Joint Committee on Taxation analysis released in June.

To illustrate when the tax applies, the IRS offered an example of a taxpayer filing as a single individual who makes $180,000 in wage income plus $90,000 from investment income. The individual's modified adjusted gross income is $270,000. The 3.8 percent tax applies to the $70,000, and the individual would pay $2,660 in surtaxes, the IRS said.

The IRS plans to release a new form for taxpayers to fill out for this tax when filing 2013 returns.
The new rules leave some questions unanswered, tax experts said. It was unclear how rental income will be treated under the new rules at this time.

This new tax will definitely increase the compliance burden on individuals as taxes become even more complex.
Posted by Don D. Nelson at 10:25 AM No comments: