Two Sentenced for Not Disclosing Foreign Bank Accounts to IRS 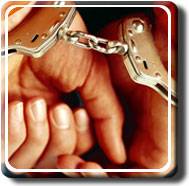 Read about the Sentences received  by two taxpayers who thought they could hide their assets and income abroad from the IRS.   One is 79 years old. ARTICLE IN USA TODAY

Your FBAR (TDF 90-22.1) forms must be received by the IRS by 6/30/13 reporting your foreign financial assets (including foreign pension plans in many instances).  Penalties for filing late or not at all can be $10,000 or more per year including possible criminal prosecution similar two the two guilty taxpayers mentioned in the article above.
Posted by Don D. Nelson at 8:33 AM No comments:

The National Taxpayer Advocate used confidential data from 2009 tax returns to identify clusters of potential tax cheats in more than 350 communities. The Internal Revenue Service assigns a score to each tax return rating the likelihood agents will collect additional tax money from an audit. The higher your score, the more likely you are to get audited.  If you live in one of the communities listed when you go to the attached link, it may significantly

increase your chances of aduit!

The study focused on sole proprietorships, which account for two-thirds of all U.S. businesses. The median scores for sole proprietors in these cities, towns and neighborhoods were among the highest scores in the country:
LIST OF TOWNS AND STATES WHERE IRS STUDY SHOWS THE TAX CHEATS ARE LOCATED ( LOOK AT IT TO SEE IF YOUR TOWN IS INCLUDED)
Posted by Don D. Nelson at 10:38 PM No comments:

Today, the President released his 2012 federal income tax returns. He and the First Lady filed their income tax returns jointly and reported adjusted gross income of $608,611. The Obamas paid $112,214 in total tax.

The President and First Lady also reported donating $150,034 – or about 24.6 percent of their adjusted gross income – to 33 different charities. The largest reported gift to charity was $103,871 to the Fisher House Foundation.

The President’s effective federal income tax rate is 18.4 percent. The President believes we must reform our tax system which is why he has proposed policies like the Buffett Rule that would ask the wealthiest Americans to pay their fair share while protecting families making under $250,000 from seeing their taxes go up. Under the President’s own tax proposals, including limitations on the value of tax preferences for high-income households, he would pay more in taxes while ensuring we cut taxes for the middle class and those trying to get in it.

DOWNLOAD THE BIDENS’ TAX RETURNS
Posted by Don D. Nelson at 8:41 AM No comments:

Tax Extensions, Penalties and Due Dates for US Expatriates 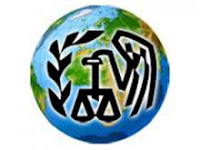 U.S. taxpayers were slightly less likely to face an IRS audit last year, according to an analysis issued Tuesday.
The IRS acknowledged that the number of audits of individuals dropped last year, but said examinations of taxpayers with incomes over $200,000 and over $1 million increased in fiscal 2012.
IRS audits dropped 5.3% in federal fiscal year 2012 to 1,481,966 audits of individual tax returns, based on IRS data analyzed by the Transactional Records Access Clearinghouse, a data research and distribution organization based at Syracuse University.

Read More about this in USA Today
Posted by Don D. Nelson at 3:00 PM No comments:

Read About How They Are Hiding Assets Offshore and Avoiding Taxes

Read More about Secrecy for Sale on the International Consortium of  Investigative Journalists Website.
Posted by Don D. Nelson at 7:10 AM No comments:

ROTH IRAs ARE GREAT FOR US EXPATRIATES THAT QUALIFY - SEE THE RULES BELOW.

Let us know if you need help with your 2012 expatriate or international taxes. Visit our website at www.TaxMeLess.com . Email us at ddnelson@gmail.com
Posted by Don D. Nelson at 12:58 PM No comments: