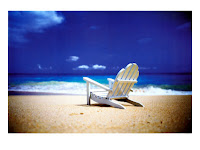 In late March, 2009 the IRS instituted an offshore voluntary disclosure program and procedures limiting penalties that may be imposed if you have failed to report your offshore corporation, bank accounts, financial accounts, offshore trusts, or other offshore activities that require the filing of special IRS forms. This program will only remain in effect until September 23, 2009 which gives expatriates and others who have not reported foreign income, or filed the necessary IRS forms, a chance to come out into daylight and pay their taxes. If taxpayer fails to follow this procedure they may be liable for much higher penalties, and potential criminal prosecution.

Further descriptions of this program and how to comply are included in the recently released IRS "Frequently asked questions". You must file the last six years tax returns or amend the existing past six years returns if you have failed to report any foreign income on the returns you did file. You must also file the applicable forms including 5471 (foreign corporation), TDF 90-22.1 (foreign financial accounts), Forms 3520 and 3520A (foreign trusts), 926 ( Transfers to foreign corporations) and other forms involved in foreign income.
When you file the amendments, unfiled tax returns and forms you must pay all taxes and penalties on the unreported income as well as a 20% penalty based on the highest value you had in your foreign bank accounts or assets in your foreign corporation.
Posted by Don D. Nelson at 8:58 PM No comments: