With anormal summons, the IRS seeks information about a specific taxpayer whose identity it knows. A John Doe summons allows the IRS to get the names of all taxpayers in a certain group. The IRS needs a judge to approve it, but recent IRS success may to lead to more. 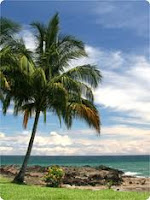 A federal judge recently gave the IRS permission to serve a John Doe summons on California’s State Board of Equalization. The IRS wants names of Californians who gifted real property to their children or grandchildren between 2005 and 2010. The IRS believes many failed to file federal gift tax returns reporting family transfers. It’s not just Californians in the crosshairs. The IRS has already received information about intra-family property transfers from county and state officials in other states.

US Taxpayers including US Citizens, US Permanent Residents, and US Expatriates  may have to file Form 8938 with their US Income tax returns for 2012 to report their foreign financial assets.  The estimated time to complete this form is 1 to 3 hours.

Every taxpayer with assets located outside the US should review the instructions to this form to determine if they must file it. Read the Instructions to Form 8938 here.   Failure to file the Form 8938 when required can result in severe monetary penalties and criminal prosecution.

FATCA Produces Fear Among US Expatriates and Foreign Banks

US Expatriates living Abroad and Foreign Financial Institutions are all in fear of the "sledge hammer" rules they must comply with in order to satisfy the IRS reporting rules on accounts owned by US taxpayers.  Some foreign banks are refusing to open bank accounts for US taxpayers in order to avoid having to comply with the extensive FATCA report rules.

US taxpayers with sufficient foreign assets will have to start filing form 8938 with their 2012 tax returns which could take up to three hours to complete. That new form is in addition to the existing foreign assets reporting forms which must be filed which include Forms TDF 90-22.1, 5471, 8865, 3520, etc.

Taxpayers and financial institutions that fail to comply with the foreign assets tax reporting rules face severe monetary penalties and possible criminal prosecution.  We can help you avoid these dire consequences.

Read more  in  this New York Times Article
Posted by Don D. Nelson at 4:30 AM No comments: 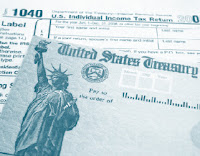 Many taxpayers who owe back taxes, or are now filing a lot of past year tax returns want to know how to "make a deal" with the IRS for a lower amount than the taxes, interest and penalties the IRS shows due. Essentially this can only be done by filing an "Offer in Compromise."  Most recently the IRS is only accepting less than 20 % of the Offers in Compromises filed with it.  Essentially to qualify you must show due to age, illness, etc. that you have limited prospects of making enough money to pay your past unpaid tax bills and in that event pay the IRS the current value of most of your assets.

If IRS does not accept your offer in compromise, you can enter into a payment plan to pay your tax bill over time.  If you cannot make any payments at this time, they may put their collection action on hold for a while in hopes that you will have sufficient funds to make payments later.  They will file a tax lien which does mess up your credit. The good news is most tax liens expire in ten year and the IRS has in the past not taken any action to extend that time.  Let us know if you need help dealing with the the IRS collection department or trying for an offer in compromise.

Be aware that most of the Companies on TV that advertise they can reduce the amount owed the IRS will take an advance payment of $4,000 to $10,000 (non-refundable) and more often than not fail to get your offer in compromise accepted.  You should deal with reputable CPAs or Attorneys if you hire someone to file one for your.

Read more about Offers in Compromise on the IRS website.

Video on how to file for an IRS Offer in Compromise
Posted by Don D. Nelson at 5:29 PM 1 comment:

Email ThisBlogThis!Share to TwitterShare to FacebookShare to Pinterest
Labels: irs collection against expats, offers in compromise, past due taxes, reducing taxes

The Internal Revenue Service in coming days will release a new information reporting form that taxpayers will use  starting this coming tax filing season to report specified foreign financial assets for tax year 2011.

Form 8938 (Statement of Specified Foreign Financial Assets) will be filed by taxpayers with specific types and amounts of foreign financial assets or foreign accounts. It is important for taxpayers to determine whether they are subject to this new requirement because the law imposes significant penalties for failing to comply.

The Form 8938 filing requirement was enacted in 2010 to improve tax compliance by U.S. taxpayers with offshore financial accounts. Individuals who may have to file Form 8938 are U.S. citizens and residents, nonresidents who elect to file a joint income tax return and certain nonresidents who live in a U.S. territory.
Form 8938 is required when the total value of specified foreign assets exceeds certain thresholds.  For example, a married couple living in the U.S. and filing a joint tax return would not file Form 8938 unless their total specified foreign assets exceed $100,000 on the last day of the tax year or more than $150,000 at any time during the tax year.

The thresholds for taxpayers who reside abroad are higher. For example in this case, a married couple residing abroad and filing a joint return would not file Form 8938 unless the value of specified foreign assets exceeds $400,000 on the last day of the tax year or more than $600,000 at any time during the year.

Instructions for Form 8938 explain the thresholds for reporting, what constitutes a specified foreign financial asset, how to determine the total value of relevant assets, what assets are exempted, and what information must be provided.

Form 8938 is not required of individuals who do not have an income tax return filing requirement.

The new Form 8938 filing requirement does not replace or otherwise affect a taxpayer’s obligation to file an FBAR (Report of Foreign Bank and Financial Accounts).  For more go to the FBAR page on this website.

Failing to file Form 8938 when required could result in a $10,000 penalty, with an additional penalty up to $50,000 for continued failure to file after IRS notification.  A 40 percent penalty on any understatement of tax attributable to non-disclosed assets can also be imposed. Special statute of limitation rules apply to Form 8938, which are also explained in the instructions.

Form 8938, the form’s instructions, regulations implementing this new foreign asset reporting, and other information to help taxpayers determine if they are required to file Form 8938 can be found on the FATCA page of irs.gov. 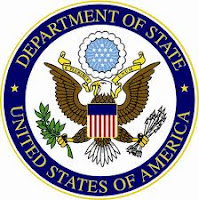 We have assisted hundreds of  US expats with the surrender of their US Citizenship or Permanent Residency. If you go through the process you will never have to file a US Tax Return again.  The State Department does require that you have Citizenship in another country before they will allow you to surrender your US Citizenship.  It is a two part process.  The legal surrender at the US Embassy or consulate and the second part is filing the proper forms with the IRS.   You must file at least the last five years US Tax returns and other foreign reporting forms and pay any taxes, interest and penalties that might be due along with a Form 8854.

Read the State Department rules on citizenship surrender or loss HERE.   For assistance email us at ddnelson@gmail.com or visit our website at www.TaxMeLess.com
Posted by Don D. Nelson at 6:21 AM 2 comments:

The U.S. Internal Revenue Service is poised to waive potentially massive penalties for Americans who agree to come clean and don't owe any taxes, The Globe and Mail has learned.The new rules will be announced within weeks by the IRS, according to David Jacobson, the U.S. Ambassador to Canada, who has been swamped with complaints from anxious Canadians."What the IRS is saying here is that if ... you don't owe taxes to the U.S., and you file your return and they show you don't owe taxes, there aren't going to be any penalties for having filed late," Mr. Jacobson said in an interview Thursday.Fears of a looming U.S. tax crackdown has caused a wave of angst among the roughly one million Americans living in Canada. Many of them long ago stopped filing, assuming they owed no tax.