The IRS recently announced that starting in 2009 they will start imposing the $10,000 penalty onf corporations that file Form 5471 late or not at all. This form is required of anyone (US corporation, LLC, trust, individual or partnership) owning more than 10% of a foreign corporation. It usually includes a yearly income and expense statement and balance sheet and information on the corporation, its distributions, business, owners, etc. This form is due with the regular or extended due date of the owner's regular tax return and is attached to the regular tax return.

It appears a large number of US taxpayers operating businesses abroad (and often also living abroad) form a corporation to operate their small business, but never file this form due to lack of knowledge or neglect. Often attaching a written excuse to the form will abate the penalty but ater the end of 2008, it appears this might not be as successful as it has been.

It is entirely possible that in the future the IRS will extend the automatic penalty assessment to individuals who file Form 5471 late or fail to file it. Right now they often will waive that penalty if the taxpayer attaches a reasonable excuse.

We have learned that a lot of US expats are being sold foreign mutual funds or shares in foreign corporations that invest solely in securities. They are being told that those investments will grow tax free (legally) until such time as they decide to take a distribution. That statement is true but the brokers and sales people are not telling their US citizen and permanent resident clients all of the facts how a distribution will be taxed when it is finally made.

When you purchase a foreign investment company or mutual funds it is general classified for US tax purposes as a Passive Foreign Investment Company (PFIC). These have special treatment under US tax law. To learn the technical details read the instructions to IRS Form 8621.

It is true that you are not taxed until a distribution is made, but unless you file a special election and special IRS form to have the fund marked to market each at the end of each calendar year the results can be disastrous. When the distribution is finally made (if no election has been made and no form 8621 filed) it will all be taxed at the highest personal income tax rate then in effect and the profit included in that distribution will be treated as if earned ratably during each year the investment was held without distribution. You cannot get capital gains rates on capital gains or any qualified dividend rate on dividends. In addition to paying the highest tax rate, you must pay interest calculated on those ratable earnings for each year on the taxes you should have paid if it were taxed in each of those years you did not take a distribution. The interest added onto the tax rate can mean you pay 50 to 75 percent or more of the distribution in taxes and interest on your US tax return. .... depending on how long you held it without making a distribution, leaving you with little net cash profit.

If you own a PFIC you can avoid this result by electing to mark the fund value up to market at the end of each year and paying tax on any gain at ordinary income rates with your tax return that year. You will not then owe any interest on past distributions and if you are not in the highest tax bracket, you will only pay taxes at the rate you are in for that year. Their is a third choice which is difficult to comply with and rarely used.

So if you do own a PFIC, it is important under most circumstances to file Form 8621 each year and make the mark to market election (you can also take losses if that is the result of the year) on your tax return. If you delay, you may have to pay a lot or almost all of your profits as taxes and interest. How do you avoid this problem? Invest directly in a foreign stockof an individual foreign company. Then the dividends will be taxed as such each year (and if there is a treaty with the country of incorporation those dividends might be qualified) and when you sell the stock you can pay tax on the gain at long term capital gains rates. 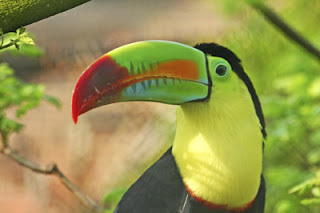 Hidden in the Soldiers Relief Act is new tax law which is about to be signed by the President and has been passed by Congress. The law will cause many of those who wish to expatriate and surrender their US residency or Citizenship to pay a significant amount of tax on the appreciation of their assets upon surrender of their citizenship as well as other measures. Click on the title to this article to go to our webpage which contains two links to articles about the new tax law.

Email ThisBlogThis!Share to TwitterShare to FacebookShare to Pinterest
Labels: Tax on Expatriation

The IRS has announced that it intends to enforce penalties for FBAR noncompliance – as far back as 6 years. It might be possible to negotiate for one year of penalties if compliance is started. Effective March 24, 2008, IRS has delegated the authority (Delegation Order 4-35) to handle such enforcement to various government officials, including: investigation of possible civil violations of the FBAR requirements; issuance, service and recommendation of enforcement of summonses; preparation and filing of proofs of claims for FBAR penalties; referral to the Justice Department for the institution of proceedings; issuance of administrative rulings; and approval of written agreements relating to a person’s civil liability for a FBAR penalty.

Tax practitioners with clients with foreign bank accounts should notify clients of their responsibility to file the "Report of Foreign Bank and Financial Accounts" (Treasury Form TD F 90-22.1, referred to as FBAR) on or before June 30, 2008. The AICPA also reminds tax practitioners that when gathering information for Form 1040s and Form 1120s to ask clients about the existence of foreign bank accounts and to disclose the information in Question 7, Part III of Form 1040, Schedule B, Interest and Ordinary Dividends, and disclose it on Line 6a of Schedule N of Form 1120. Taxpayers who are currently filing Form 5471, Form 8858, Form 8865 or Form 3520 may also be subject to FBAR reporting requirements. Be aware that a new TD F 90-22.1 is being developed and expected to be released possibly over the next year.

This TD F 90-22.1 form is required to be filed by U.S. citizens and residents (including an individual, corporation, partnership, trust or estate) who have a financial interest in or signature or other authority over any financial accounts (including bank, securities, mutual funds or other types of financial accounts in a foreign country), if the aggregate value of such accounts exceeded $10,000 at any time during 2007. For more information on this, see the forms and instructions for TD F 90-22.1 and see related IRS international tax forms instructions and publications for the definition of a financial interest, frequently asked questions on FBAR,.

Making False Statements to IRS is a Crime

Former NFL player Dana Stubblefield pleaded guilty to lying to an IRS agent. AP report dated Jan. 18, 2008. Under a plea agreement he may spend up to 6 months in the federal penitentiary. He lied about using steroids.

We generally think of persons getting into criminal difficulties with IRS when they affirmatively make false statements in writings that were signed subject to stated penalties of perjury (maybe appearing back in the instructions). Indeed, Code Sec. 7206 imposes such a rule. However, there are other federal statutes that can turn an oral statement made to a revenue agent in the course of an audit into a trip to the penitentiary.

Brogan v. U.S., 118 S. Ct. 105 (1998) ruled that a taxpayer that falsely says “no” when asked if he engaged in tax evasion can be criminally liable. Apparently this means that the correct answer is to plead the Fifth Amendment in that case, and otherwise say nothing.

The presence of these statutes, and the way they have been historically applied, makes it very difficult for IRS to carry off the model of being a customer service agency. Taxpayers need to remember that they can be liable for criminal prosecution for even casual conversations with IRS agents in the course of their duties, without any written penalties of perjury statement being violated.