Retirement Plans That May Be Available to Expats Abroad

As a US expatriate, you may be eligible to create a tax deductible  (for US tax purposes) retirement plan if you operate your own business abroad through your own sole proprietorship or by utilizing a US corporation or LLC.  The funds contributed are tax deductible and the earnings grow tax free until you withdraw the funds when you retire.  AN IRS EXPLANATION OF THE AVAILABLE PLANS IS HERE

It is important to keep in mind, that if you operate abroad through a sole proprietorship, in most situations you can only make a contribution to an IRA or self employed retirement plan if the net taxable profit from your business exceeds your foreign earned income exclusion (if you are taking it).  We can help you put together a US tax deductible retirement plan that will work for you.

Unless provided otherwise by a US tax treaty with the country in which you work (and there are only a few treaties that have favorable provisions) if a contribution is made to a foreign pension plan by your employer in your behalf, you must report that contribution as income on your US tax return and any earnings made on the funds in your foreign pension plan may also be immediately taxable to you.  If you have a separate account in that foreign pension plan you may also be obligated to file Forms 3520 and 3520A each year to report information on that separate account which the IRS deems a foreign trust.  Failure to file these two forms can result in extremely large penalties.

Email ThisBlogThis!Share to TwitterShare to FacebookShare to Pinterest
Labels: 3520, 3520a, foreign pensions, Pension plans for expatriates.

The IRS just release in November a new FBAR (TDF 90-22.1) form with revised instructions which clarify some of the filing requirements and resolve some of the  open issues concerning when to file that form.

If you are filing it late (after June 30th following the end of a calendar year) the instructions still advise you to attach a reasonable late filing excuse, but fail to state whether or not  attaching that excuse will reduce the potential late filing penalty of up to $10,000 for "unwillfully" filing the form late.

SEE THE FORM AND  READ THE NEW INSTRUCTIONS HERE
Posted by Don D. Nelson at 4:48 PM No comments:

How Many Wealthy People are there in the US and the World? 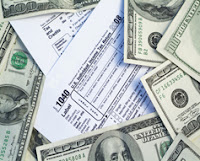 Private Wealth Magazine has published an article that sets worth the number of individuals in the US and the world that are worth $30 million US or more.  Surprisingly there are not as many (if there figures are correct) as you might think.  There are 62,950 in the US with 10,390 are those located in California.  That's not a lot considering there are over 300 Million residents in the USA.  There are 42,525 in Asia.

READ THE ARTICLE AND STATISTICS HERE
Posted by Don D. Nelson at 9:25 AM No comments:

A former senior UBS banker who helped the U.S. government expand its crackdown on offshore tax evasion was sentenced to five years probation on Friday for advising wealthy Americans on ways to hide their money from U.S. tax authorities. Renzo Gadola, who worked at Swiss bank UBS AG from 1995 to 2008, pleaded guilty in December to charges of conspiracy to defraud the United States. Almost immediately after his arrest on Nov. 8, 2010, Gadola started cooperating with U.S. officials, providing key insight into other bankers and Swiss financial institutions offering offshore banking services, according to prosecutors. He is currently out on bail. 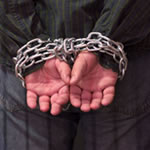 U.S. authorities, who suspect tens of thousands of Americans are using Swiss banks to avoid paying billions of dollars in taxes, are conducting a widening criminal investigation into scores of Swiss banks and international banks with Swiss operations. Banks under investigation include Credit Suisse, HSBC Holdings Plc and Basler Kantonalbank, a large Swiss cantonal, or regional, bank, according to U.S. judicial sources. Cantonal banks are largely government-owned in Switzerland.
Gadola turned over the names of bankers and participated in recorded conversations with clients, according to an unsealed government document filed last week requesting leniency in his sentencing.
The case against Gadola, an investment adviser based in Switzerland, highlighted how some bankers continued to help wealthy Americans conceal money from the Internal Revenue Service (IRS) even amid a U.S. probe into UBS that mushroomed into a major international judicial and diplomatic affair. In 2009, UBS paid $780 million to settle criminal charges from the U.S. Department of Justice that it helped thousands of wealthy Americans evade taxes. UBS ultimately agreed to disclose 4,450 client names and ended its U.S. cross-border banking business. The bank was accused by federal prosecutors of helping some 17,000 American clients with $20 billion in assets hide their accounts from the IRS.
Gadola's case involved a Mississippi client who kept $445,000 in a safe deposit box before transferring it first to UBS and then to a Basler Kantonalbank account. The unidentified client said he wanted to declare the money under a voluntary disclosure program launched by the IRS, but Gadola advised against it, arguing the money would go undetected by officials.
Martin Lack, a former senior UBS banker, was indicted in August for selling offshore tax evasion services. Lack, a Swiss national, is a fugitive. Lack was Gadola's business partner after Gadola left UBS, and the two worked to help American clients hide money in Swiss cantonal banks following the crackdown on UBS, according to people briefed on the matter.
Posted by Don D. Nelson at 9:58 AM 1 comment:


Investments in foreign stocks, investment companies, foreign corporations that hold investements, etc.  from a U.S. tax point of view a could be for a U.S. individual, pension fund, or trust a paperwork nightmare .  If you are thinking of investing in Foreign stocks, please remember your friends at the IRS.  Any investment gains you make will be offset by IRS penalties if you do not do the proper paperwork.  To comply with the rules and keep the the US taxes down you should be filing form 8621 each year with your tax return.

Do not buy foreign mutual funds (funds not sold in the US).  These are PFICs (“Passive Foreign Investment Companies”) and they create a metric ton of complexity and accounting expense for your U.S. income tax returns.  (This, by the way, is one of the U.S. government’s little non-tariff trade barriers, designed to discourage U.S. capital being deployed into foreign capital markets).
Remember your FBAR.  The account you open that will buy the stock will need to be reported on Form TD F 90-22.1.

Foreign tax credit.  Undoubtedly a tax of some kind will be imposed for the foreign country where the investment is located. This will end up on an individual return on Form 1116.   This form will allow you to take a foreign tax  credit against your US income tax paid on the investment income.

What if you die while owning foreign investments? Be sure you have a plan for simple transfer of your accounts to your heirs if you die.  The cost of probate procedures in many foreign countries  could eliminate any stock market profits you make.  If you set up a foreign trust to try to reduce those foreign estate costs, you will then have to file forms 3520 and 3520A each year to report that trust.
Posted by Don D. Nelson at 10:20 AM No comments:

The Chairman of Thomson Reuters China has written a guide to help expats survive IRS audits. In the past several years the IRS has hired thousands of new personnel in its International Division and the number of expatriate tax audits are increasing dramatically and will continue to increase in the future. READ THE ARTICLE HERE.

The IRS has discovered that tens of thousands of expats are taking the incorrect foreign earned income exclusion and foreign tax credits which has directly resulted in the increase in Tax Audits. Taxpayers who do their own returns on consumer tax return software often make errors on their returns due to lack of guidance. Remember all such errors may result in additional taxes due, interest and penalties which can often be very high.

Our firm has represented hundreds of taxpayers in IRS audits with great success. Please email us if you need help. Thanks.   ddnelson@gmail.com
Posted by Don D. Nelson at 9:37 AM No comments:

US Flow Through Tax Election for Your Foreign Corporation or LLC

Only certain foreign corporations or business organizations are eligible for the US flow through election. A list of the entities which are not eligible for this election are listed by country and included in the instructions for IRS Form 8832.  It is best to review this list and see what types of foreign entities will be eligible to make the flow through election if it would be beneficial to your US taxes prior to forming a foreign corporation or LLC.

You may have to talk with an International Tax Expert to determine if a flow through election will benefit your business plan.  It does avoid possibilities of double taxation (if you plan to distribute most of the income to yourself) and Controlled Foreign Corporation Subpart F rules as well as other potential US tax problems.  Most foreign attorneys and accountants who help you form your foreign business entity do not know these US tax rules.  It is often difficult after the fact to change the type of entity (depending on the foreign country in which it is formed) if you later discover that you do wish to have the income flow through to your US return.  We have helped well over a hundred expatriate business owners determining which type of foreign entity will be best for them under US tax law.

Reuters reports the Swiss government has offered to pay a $10 Billion dollar penalty to the IRS  and US Justice Department for civil penalties in connection with its alleged  co - conspirator activities which allowed US taxpayers to avoid paying taxes on their income and secret assets held abroad.  This article shows how strong the current IRS effort to get foreign bank to reveal information on their US account holders actually is.

The IRS will not accept the proposed settlement unless the names of all US depositors and details of their accounts are included in the deal.  Read More Here.
Posted by Don D. Nelson at 12:11 PM No comments:

Trusts and Estates Magazine has analyzed the proposed instructions to the 2011 Form 8938 for reporting foreign financial assets.  Read here.  The good news is if you have already filed forms 3520, 5471, 8865, 8621, 8891 , you just have to state so on the form 8938, and do not have to fill out the rest of the form.  The filing thresholds, penalties, statute of limitations, etc are set forth in this easy to read article.